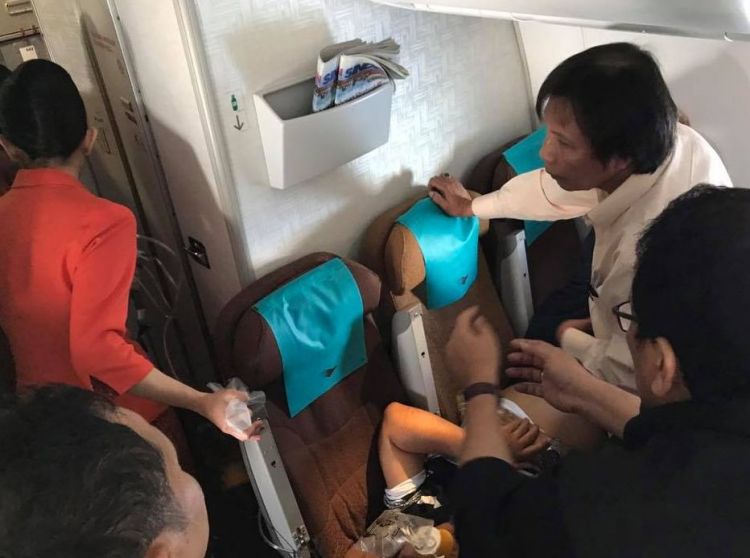 Doctors Save A Plane Passenger Before Landing In Jakarta


When it's not your time to die yet.

On July 30, a heroic occurrence happened in one of Indonesian airlines.

Facebook account Yulianus Ladung shared a video of a passenger who was about to fly from Balikpapan to Jakarta collapsed after falling on his way to the plane’s toilet.

Cabin crew directly called for any passenger who works as doctor or nurse to go to the back of the cabin.

Fortunately, there were not only one but five passengers who were doctors, and they came immediately for a help. “This is the first time for me to witness with my own eyes an emergency when I was traveling with a plane,” said Yulianus Ladung, the Facebook owner.

Yulianus explained that the incident occurred 35 minutes before the plane landed at Soekarno Hatta Airport. “Respect for the doctors (passengers) as well as Garuda Indonesia cabin crew with flight number GA 567 (from Balikpapan to Jakarta) who helped a passenger who suddenly fell on his way to the toilet,” Yulianus continued.

It took less than five minutes for the five doctors in which one of them is called as Doctor Pardede to successfully save the passenger.

“Thank God the sick passenger could be saved and all passengers could arrive safely at Jakarta,” Yulianus added. 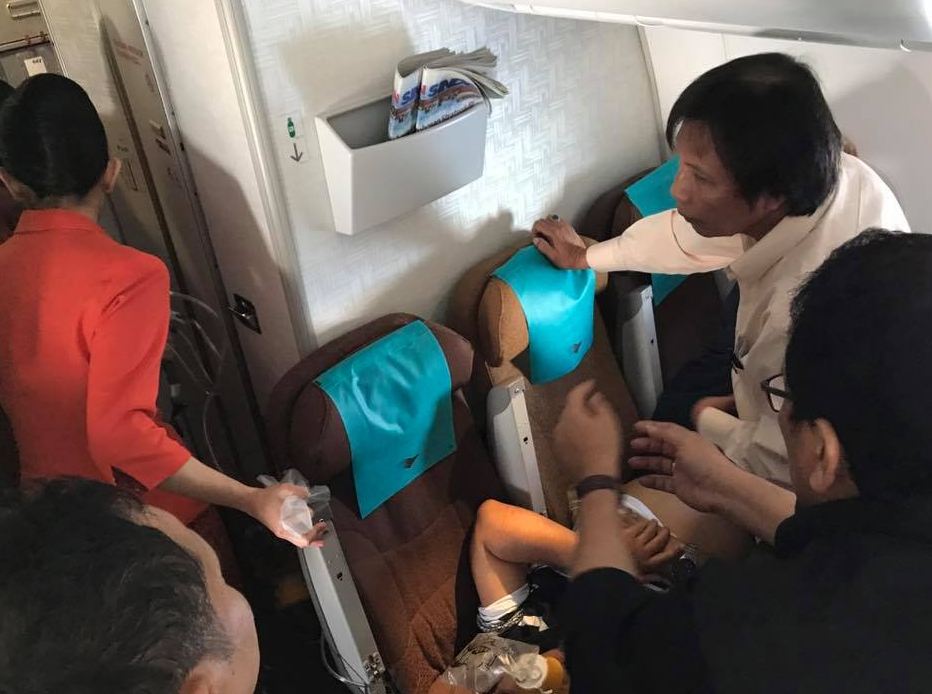 The cause of the passenger’s collapse is still unknown but in the video shared, the passenger looked unconscious and was given oxygen.

“Alhamdulilah.. I hope for passengers, wherever they are, will be protected by Allah SWT... Amin,” Said U Ernita.

WHAT DO YOU THINK?

Up Next: Justice Ministry To Open High-Level Prisons For Drug Dealers